What Is CBG and What Does it Do? 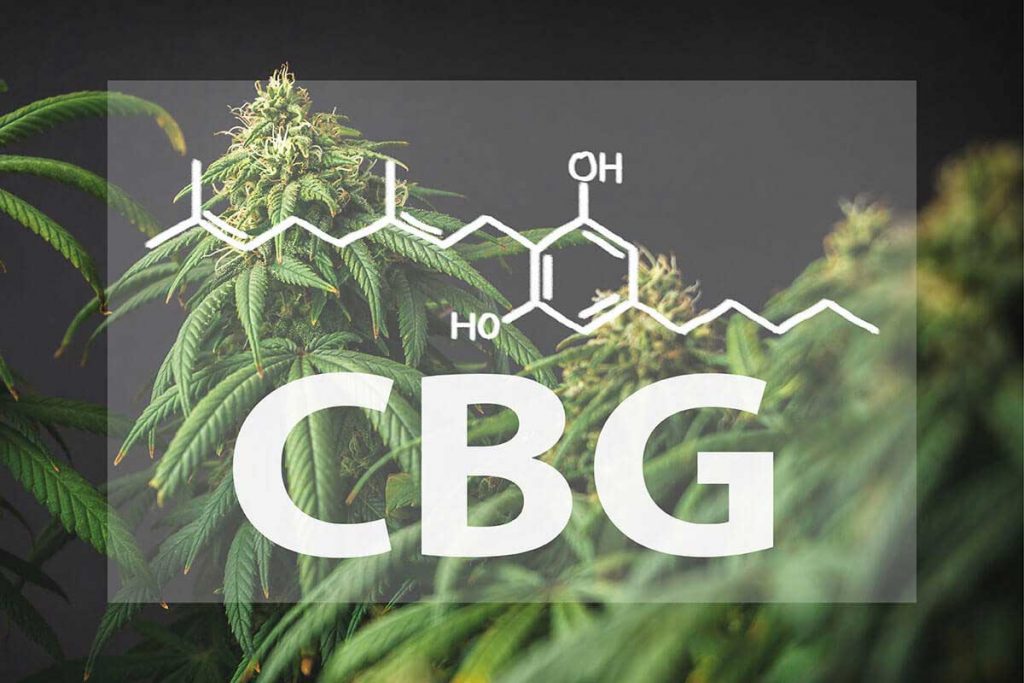 By now, cannabis users and other individuals are familiar with THC and CBD. They are two of the most popular active compounds found in marijuana, they are called cannabinoids. But, did you know that there are hundreds of cannabinoids found in a cannabis plant? One of them is CBG or Cannabigerol. What is CBG? And what does it do? We’ll soon find out.

Unlike its other counterparts, CBG is a low-key cannabinoid but has tons of uses and history to show for. Just like THC and CBD, did you know that CBG also has health benefits? Lucky for you, in this article, we’ll be tackling what is CBG, what it does, and how it affects our health. Read down below!

Although CBD (Cannabidiol) and THC (Tetrahydrocannabinol), did you know that CBD came first before them? Technically, the CBG is the organic parent of both these cannabinoids. While CBG doesn’t have psychoactive unlike THC and CBD, continuous studies have shown that CBD has the potential to become one of the main components that people should be after once final studies have concluded.

How did CBG become the chemical parent of CBD and THC? it is because almost all cannabis plants yield CBGA or Cannabigorelic acid, the chemical compound that is the precursor of the three key cannabinoid acids which is the Cannabichromenic acid (CBCA), tetrahydrocannabinolic acid (THCA), and the Cannabidiolic acid (CBDA),

When a specific enzyme breaks down Cannabigorelic acid, it then turns into THCA and CBDA. This is often activated through heat or light exposure when CBGA is exposed to enzymes such as heat and light, they become the cannabinoids that we know, the THC and CBD. In most cases, CBGA is instantly converted to either THCA or CBD. Thus, more THC and lesser levels of CBG and CBD and vice versa.

That’s why most breeders are experimenting with genetic manipulation to gather more CBG. CBG is called a minor cannabinoid because it is available in low concentrations. Growers are trying to manipulate genes to potentially exploit the health benefits offered by CBGA.

How Does CBG Work?

Just like any other cannabinoids, whether if they are acidic or neutral, each one of them has their way of interacting with our endocannabinoid system (ECS) vie the receptors known as CB1 and CB2. The cannabinoids present in the cannabis plant interact with our ECS which causes our receptors to send signals throughout our body that help control and regulate various bodily functions, ranging from pain-relief to appetite.

Precisely, over 200 cannabinoids are present in a hemp or cannabis plant, right? The only drawback of this is that there are only ample studies with other cannabinoids and how each of them reacts with our body. For example, Tetrahydrocannabinol binds with our CB1 and CB2 receptors, making it an agonist. But CBD doesn’t work that way, because, in some ways, the CBD doesn’t have an affinity with these receptors.

On the other hand, Cannabigerol acts as an antagonist or agonist. But is highly dependent on the receptor. However, studies showed that CBG binds well with CB2 receptors compared to CB1 receptors, but has a measurable but limited effect on CB1 receptors, the same with CBD. That’s why CBG and CBD are quite close to each other rather than THC. plus, CBG and CBD don’t
have psychoactive effects either.

So, how does CBG differ from CBD? We’ll have a take on it.

What is the Difference Between CBG and CBD?

Although they are much closely related to each other than CBG to THC, they have their differences too. Also, both compounds are non-psychoactive and both have little side effects we know of, and they offer a plethora of health benefits.

CBG and CBD interact differently with our endocannabinoid system. As evidenced by their therapeutic effects that overlap, such as their anti-inflammatory and antibacterial properties to name a few. But CBD has shown that it has a wide reach when it comes to health benefits, particularly in the treatment of seizures, and neuropathic pain that is commonly associated with fibromyalgia.

However, CBG doesn’t get much attention from scientists and researchers. The CBG packs the potential for it to be called a major cannabinoid in the years to come. It only needs further research and scientific breakthroughs. But, the path is leading inevitably there as interest with this cannabinoid continues to grow.

Although the research into the health benefits and effects of CBG remain sparse, the results are far more promising than one would expect. This only shows that this particular cannabinoid warrants further studies.

What Benefits Can We Expect from Cannabigerol?

It doesn’t come as a surprise that CBG has its health benefits too as evidenced by other cannabinoids taking the same route. One of the few studies conducted about CBG is how it can treat cancer. This leads to the possibility that sooner or later, CBG has what it takes to defeat this disastrous disease. The study concluded that CBG shows promise when treating colon-rectal and oral cancer.

Endocannabinoid systems are prevalent in our eye structures, making CBG an interesting treatment for treating glaucoma as CBG decreases intraocular pressure. It is also known to be a great vasodilator and has neuroprotective effects to show for as well. In studies with mice, CBG was found to have played a huge factor in decreasing inflammation of inflammatory bowel conditions.

CBG has great anti-cancer properties. It showed that it blocks receptors that cause cancer growth. In one such study, it displayed to impede the growth of colorectal cancer cells in mice. Therefore magnifying the chances that this certain cannabinoid can cure colorectal cancer.

Aside from THC and CBD, people should know what is CBG and what it is all about. Besides, the more and more this certain cannabinoid gets attention the more it is likely to be studied for its potential and promising benefits.

Lastly, cannabinoids are without a doubt the key compounds present in cannabis. Regardless if you use it recreationally or medicinally, it has a lot of positive things to show for. Finally, when smoking cannabis, be sure to always smoke in moderation!

Do you wan’t to try to cultivate and experience different strains? Try getting the best seeds at marijuana seed bank.