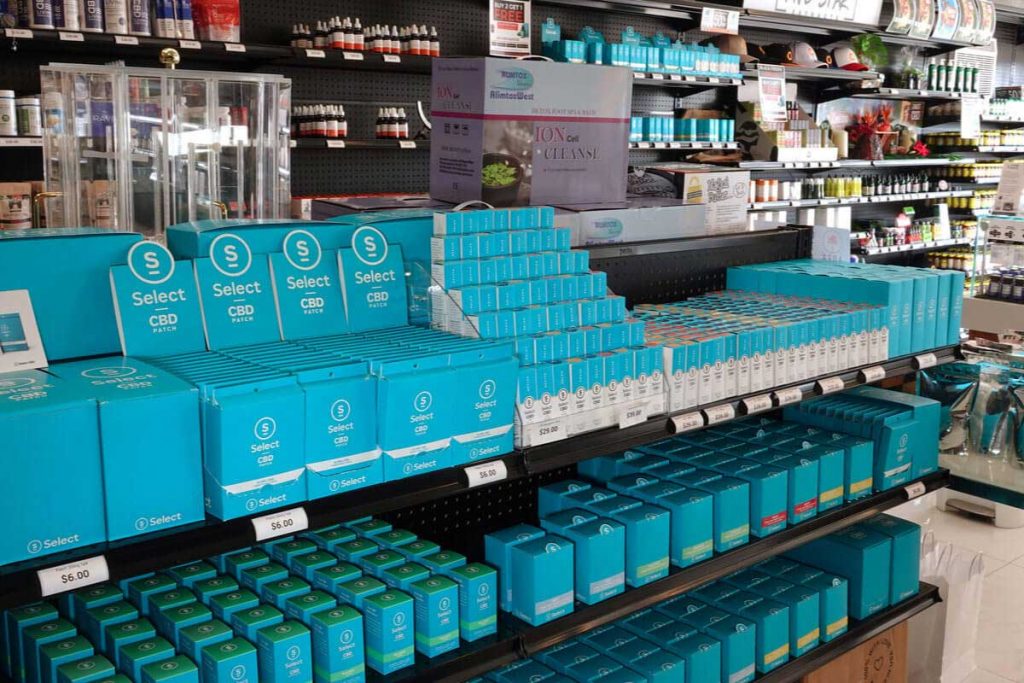 Doesn’t it seem as if cannabis-related products have recently surged? It has become difficult not to get lost in the range of items available online and offline, from tinctures, CBD oils, edibles, concentrates, cartridges, bath bombs, and more. Another fairly recent phenomenon is the marijuana patch, specifically THC patch and CBD patch. This magic patch, especially THC patch, has been particularly developed to aid people suffering from common body pains, diabetic neuropathy, fibromyalgia, and a few other disorders involving unexplained pain.

The question is: are cannabis patches yet another way businesses try to capitalize on the ever-growing marijuana industry, or are they actually working to help relieve body pains? If you’re a lover of cannabis, then you already know the answer. How will a cannabis patch have the same effect as ingestion of cannabis, or literally light up a joint? Well, the answer is yes!

It is widely known that marijuana both have negative and positive effects on the body. But if you are wondering if you can get the medicinal benefits of marijuana without having the undesired psychoactive and body effects, there’s a new cannabis technology for you, which is, cannabis patch. Cannabis is well-accepted by a large community of specialists to be effective in treating or alleviating diseases. But there must be standardizations and safeguards for it to develop as the real medicine, to ensure proper dosages, which seems to be impossible when you think about it. As such, experts are giving all their effort to develop innovative ways of administering THC, CBD, and other compounds found in marijuana, and one of them is the method called transdermal patches.

The potential of such a technology yields promising results for MMP or medical marijuana patients. Cannabis patches allow us to (1) accurately calculate and monitor cannabinoids dosage, (2) provide constant yet subtle release of cannabis compounds into the body, (3) minimize the risks of contamination. However, because of their molecular size and polarity, the amount of compounds that can get through the skin is too low, making the research highly difficult in practice. In 2001, a research was published that had a look at the method but failed in its goal. However, in recent studies, there have been some solutions to many of the factors, and today cannabis patches are now in the market and have been going strong in its popularity. But the best part is cannabis patches are benefiting many people with a wide range of conditions and ailments. In this post, we will be discussing the cannabis patches, the science behind them, and THC patches in particular.

How do Cannabis Patches Even Work?

To be honest, most of the products out in the market today have not been independently tested through randomized laboratory tests. However, the companies have performed their own tests and published them in compliance with the current patent application. Their investigations did present a great measure of success. In a study of 20 subjects (placebo-controlled), two volunteers experienced energetic effects after wearing a patch of Sativa for ten minutes, which then rose to eight out of ten volunteers at minute-thirty. For those participants who experienced the said effect, it lasted 4-12 hours and remained entirely steady all throughout.

In another experiment, on subjects with a history of chronic insomnia, patches (CBN-rich) were used to examine the effects. After wearing their CBN-patches, nine out of ten subjects reported improvement (about 25%) in the quality and length of sleep. Other tests were also performed, but with less significant results. Nevertheless, in all these studies, no negative side-effects were observed.

More detailed reports are not yet completed for the new designs of these cannabis patches, especially in which levels of blood plasma should be monitored. This means it is difficult to verify their effectiveness. However, now that they happen to be on the market, users, both researchers and patients, will be able to experiment with them and make up their own minds. If you have a history of medical issues, then hope may be found in a patch that’s perfect for your condition, that can provide a constant and maintained dose of medicine. But if you’re looking for a means to get stoned or get high more discreetly, cannabis patches will most probably not be the best option.

The Development of Cannabis Patches

Today, numerous medicines are being prepared in the form of skin patches, which include pain remedies and nicotine replacement. Even though our skin is our first protection from the environment, there is still a way to penetrate through it. Molecules that are really small or have the fit solubility and right polarity can pass through our skin layers. Hence we call them transdermal patches. Researchers in the 1990s started to think of administering cannabis compounds in such a method, and several plans were made, and patents were applied. In 2000 and 2001, the first applications of the cannabis patch got approved. The said patents claimed that cannabis patches could be used for nauseating patients and those in pain due to AIDs or chemotherapy treatment, migraines, arthritis, muscle spasticity, glaucoma, multiple sclerosis, and stress, seizures, and depression. This is significant for conditions requiring a constant supply of cannabis compounds into the system, especially when small doses are to be maintained. Patches are also better than smoking or eating cannabis since transdermal patches provide a steady concentration of cannabinoids in the bloodstream. The patent claims that this patch technology, with a 10 mg daily dosage, would deliver a steady dose of compounds for up to seven days.

In 2015, a more up-to-date patent was submitted, which included pieces of evidence proving the theory of an efficient cannabis patch. During the long years between the 1990s and 2015 patents, many of the barriers involved in developing cannabis patches were solved. Moreover, the science of medical cannabis has been studied well and supported.

The cannabis patch that the patent holder developed has a 12-hour duration and provides a constant and computed dose of cannabinoid compound to the body, joined with terpenes to improve the results. The patch’s purpose is not for getting high, but for medical application. That means the focus of the patent is mostly on other cannabinoid varieties other than THC.

THC: What in the World is It?

It is pretty uncommon now that people still ask this question since THC’s effects are basically what you always associate with marijuana. Tetrahydrocannabinol, aka THC, is among the various chemical compounds found in cannabis known as cannabinoids. Cannabinoids are found solely in the marijuana or cannabis plant. These compounds are responsible for the numerous medicinal and psychedelic effects. Particularly, THC is most known for its psychoactive abilities, but it is also used to eliminate cancer cells, alleviate chronic pain, relieve inflammation, reduce nausea or vomiting, stimulate appetite, treat PTSD, and other neurological disorders.

So, What Then is a THC Patch?

A THC patch is a thin plastic patch infused with THC that has adhesive on the one side to stick on the skin. In this administration method, THC patches can provide medication throughout the day or night to patients with chronic conditions. To benefit from a THC patch, all you need to do is apply it onto the venous areas such as your arm, ankle, or wrist. The natural heat of your body is the one responsible for activating the patch and causing the patch to release a calculated amount of THC through your skin and into your bloodstream.

Can THC Patches Get You High?

The short and simple answer to that is no. THC patches do not act like a joint or cake because these patches provide cannabinoids to your body while your body absorbs them slowly over long hours. This innovation is an excellent choice for medical marijuana patients. They will benefit from the medicinal effects of THC without the baggage of its psychoactive effects.

Therefore, if you want a Nepali landrace or Afghan Kush experience, THC patches are not for you. Instead, cannabis patches are for people who need the medicinal properties of THC. Nevertheless, recreational users should still promote this technology since it still belongs to the broader cannabis community.

How Do these Patches Work?

With decades of development and research, THC patches present a unique cannabinoid delivery method, and you must understand how this method works. Once you apply the THC patch onto your skin, you’re setting up a highly concentrated amount of drug (patch) with a space of zero or low concentration (skin). The difference of patch (highly concentrated) and skin (zero content), and the change therein, is called a concentration gradient. And when your skin heats the patch, it will be activated and begin to transfer the THC into the skin or “move down the gradient” toward the skin.

The THC compound will penetrate further into the skin until it is eventually absorbed into the bloodstream and carried to the brain and then throughout the body. What’s even fascinating about transdermal administration is that cannabinoids will not need to pass through the lungs, liver, and stomach, where they are filtered out or broken down. This amplifies the effects of THC since the amount of cannabinoid being wasted is extremely reduced.

Even though there is still a vast space for opportunity and research about transdermal cannabis patches, we should never deny the fact that many people benefitted from them. And the more experts and participants will volunteer, and the more governments will fund research, the development of Cannabinoid patch, in general, and THC patch, in particular, will further help thousands, and even millions, of people.