How to Deal With Spider Mites on Weed 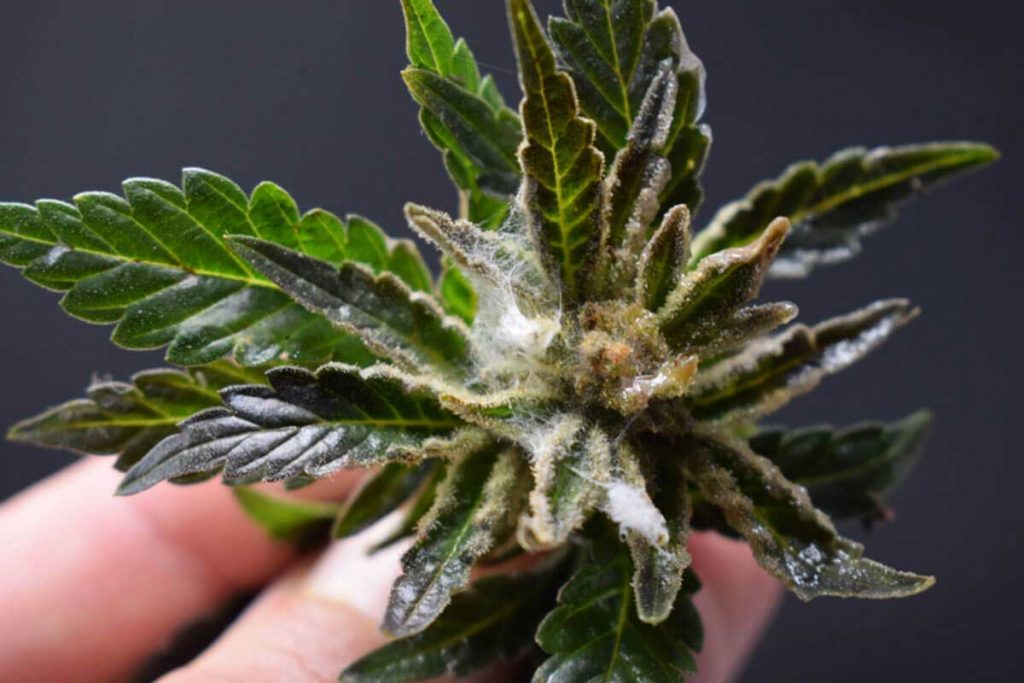 Amongst all possible attackers in your marijuana harvest, spider mites on weed are the worst. They are a widespread marijuana pest and challenging to deal with.

Spider mites are not insects, but instead arachnids (spiders) because they have eight legs and no antennae. They possess an oval-shaped body and belong to the family of ticks and some other mites. They are known as spider mites because they spin a web on your weed’s leaves or buds.

Spider Mites – What Are They?

To the weed plants, they are upsetting because of its very high multiplicative rate. Eggs breed in only three days and five days after the spider mites are on its sexual maturity. At this stage, spider mites will start reproducing fast. In just one month, a female spider mite can hatch millions of eggs.

Spider mites love the marijuana plants as they consume the chlorophyll, the ingredient all plants need for photosynthesis. Their little teeth bite in the plant cell and eliminate the chlorophyll. Think that occurring from millions of spider mites at once and this how entire yields are destroyed.

They can surface in any setting, though they are rare in the hydroponic setup. Spider mites are prevalent in the soil since there are dead organic materials.

Spider mites on weed can damage the plants at a very higher speed. Terrible infestations are recognized to kill plants instantly. They are very adaptive and grow immune to the way of killing them.

How to Spot Spider Mites On Weed

It is hard to notice the spider mites on weed immediately, which makes it tougher to step up the game regarding spider mites elimination. They are like small dots (like the tip of the pencil head) to the human eye. Many breeders don’t see anything off unless the infestation is vast, that it’s very noticeable.

Thus, it’s essential to do regular leaf inspections. You need to look at the leaves on both sides to detect spider mite infestations. Always do this so that you have enough time to act quicker than the fast spider mites.

They are on the bottoms of your marijuana leaves. Like the normal spiders, spider mites create a web to protect their eggs and their territory. You can see when a spider mite is spinning its home under a leaf as you will notice small white threads between the leaves.

If you spot them, you have spider mites on weed problems to deal with. You could also see the thin silk on your weed’s foliage. This resinous silk will amass dust and grime and make your plant look filthy. It is quite ordinary in flowering setup to check buds coated in thin webbing.

The leaves are first to notice spider mites damage. Small specks will start showing, and these spots are little bite marks where the spider mites eat your plant. These specks could be colored yellow or white.

How to Prevent Spider Mites on Weed

You can prevent significant damage to spider mites on your marijuana plants in numerous ways. For example, if you use organic fertilizers mulch, you might be naively adding destructive mites to the plant’s protection. These helpful mites chow the spider mites.

Don’t Bring Plants From the Outdoors

Other methods of dealing with spider mites on weed are not bringing plants from the outdoors in your growing location. This is the more frequent reason for spider mite damage. If you own an external clone or marijuana plant somewhere else, save it under isolation for at least two weeks. You can also check it with a mobile microscope.

You should not let old, dried leaves sit on the weed growing room. Always take any fallen leaves and put them in a new place. Make sure you get them out of the growing area. Sanitation is also another crucial factor. Never walk in the grow room from the outdoors; be sure to prioritize your sanitation. Don’t allow pets in the grow room and maintain the airflow nice and steady.

If there is air coming from the outdoors, use a filter to keep the insects out. It is best to begin your harvest out with seedlings rather than clones, specifically if you’re only breeding for personal usage. Maintain temperature on the lower level, as spider mites like the heat.

First, ladybugs chow spider mites, but if you buy them, they will fly away immediately when the food source is gone. Hence, they don’t work effectively. They often appear to your harvest when you have spider mite infestation; in that case, you don’t need any ladybugs. Sometimes Mother Earth can be helpful.

If you cannot prevent spider mites on weed from happening, there are several steps you can do in dealing with the problem before it damages all.

Water your marijuana plants using a hard water spray in three consecutive mornings. The water pressure can deal with the bugs and their webs. They will drop in the ground and fail to move anywhere, and they will ultimately expire from food scarcity.

Bug Blaster, a commercial product, is always useful. If you want to kill them all, purchase something similar to Bug Blaster.

Use a Vacuum Cleaner

Another method is straightforward. Use a portable vacuum cleaner to straightaway suck the spider mites off the leaves. This takes time but is an effective method of dealing with the mites. Then, carefully put the vacuum contents in a sealed plastic bag and put it in the freezer. The spider mites will die from cold because they love higher temperatures. Then, remove the bag with the remaining of the waste on the garbage.

Other Options to Remove Spider Mites on Weed

Some other ways are using bleach fluid made with one tablespoon bleach to 1-gallon water of 95 °F and pH balanced, or alcohol and water (30% or more should be water to prevent hurting the marijuana plant itself). Make a DIY pepper spray, 1 part of pure liquid dishwashing soap, nine parts water, nicotine tea (15g of organic tobacco, bathe in hot water all night), one tablespoon cayenne pepper, and dichotomous earth (fossil dust that can be scattered with your marijuana plants). Use the only insecticide for severe cases, and treat your whole growing room with full range insecticide.

Remember: Anything that has Lindane or Abamectin is detrimental to humans. Be sure to know the content of your solution and continue with caution.

After using the method for 2 to 3 days, proceed with another technique, and re-use the first method. Do the whole process again or more! If you think you resolve your spider mite issue, treat your area one last time.

Since the spider mites love to sit through on marijuana and resuscitate their numbers right after you treat your yield, be sure that you go on treating after the spider mites infestation seem to vanish. Always think that they are just hiding, preparing clandestinely to damage your weed once you become lax. Destroy all of them before they attack again. Try using numerous methods when eliminating the spider mites on weed so you can make sure they all disappear. The most effective way of dealing with this enemy is consistent, multiple attacks.

If you are growing indoors, it is essential to know where the spider mites originated. This is a primary method to perform before starting using everything you have to kill them.

Were they randomly carried in your growing area from the outdoors? They could be from your animals, pets, or the vegetable garden or from another, not a marijuana plant, if you proceed and use a simple DIY remedy to eliminate them.

They are a weed expert instead. If you have two-spotted spider mites, you will have to deal with them excruciatingly. They are resilient to many elimination methods. Hence, you must use the harshest treatment or remedies immediately. Don’t lax, or else your whole harvest could quickly get damaged.

Keep in mind that marijuana plants with robust lineage are less prone to getting sick, diseases, and pests attacks. Therefore, make sure to purchase your weed seeds from a trustworthy seed bank.