How to Stabilize Hybrid Seeds of Your Weed 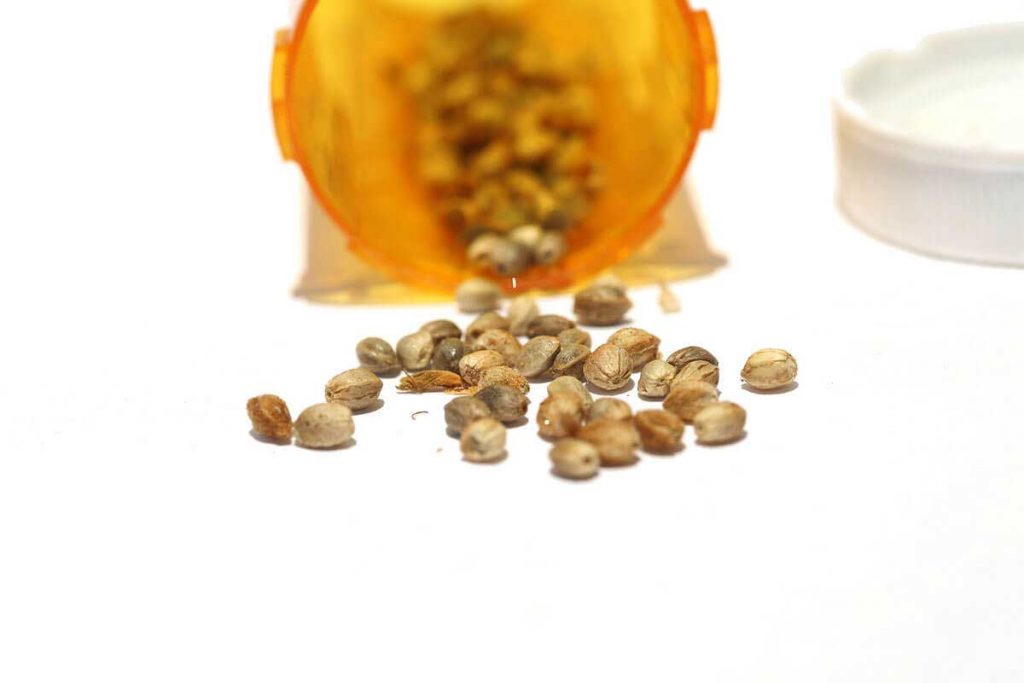 Hybrid seeds are brought about by crossing two different cannabis varieties. They then become newer strains having unique traits not existing yet. That’s when new effects, flavors, and morphologies are also brought about. Indeed, the possibilities always seem endless the moment you learn more on how to stabilize hybrid seeds of your weed.

The modernized hybrids are the result of arduous and lengthy breeding, including the selection process. This is done by the breeders in the industry. Newer strains are created along with improved or different traits. Hybrid seeds of weed truly make way for accentuated or improved cannabis traits. You’ll also appreciate more of their effect, flavor, adaptability, life cycle, and duration to the environment.

How the Hybrid Seeds Are First Made?

You need to learn as well how the hybrid seeds are first made. This is also before you learn more about how to stabilize them well. Now, the two different strains are first crossed together. If you pollinate the OG Kush with Blueberry, it will then result in a Blue Kush. The process of hybridization is more likely about crossing 2 varieties having unique traits. This way, an entirely new and unique strain is obtained.

If you also want to get a stable and genetic line of weed, you’ll need the help of breeders. They do more of the selection work, and they obtain the strains with progeny exhibiting desirable traits. This is when they are very much stable.

What Stability in The Hybrid Seeds Mean?

Hybrid seeds are easy for you to create. You only need to cross to different types of strains together. But, it is never easy to create a marketable hybrid. It will require a higher sense of stability.

When a strain is more stable, the genetic variability also becomes lower. The predictability of an offspring is also a lot greater. Its stability is then increased by eliminating or removing undesirable and recessive forms of genes. That includes the traits we would not want to be seen in the future generations of phenotypes.

Why Must You Make the Hybrid Seeds Stable?

When you see a seed bank marketing a newer form of strain, you must understand it clearly as a new form of hybrid that is being marketed upon. Stability, in this case, is essential. It brings about the result as it is wanted by a customer.

If you have a marijuana seed named Moby Dick, you would expect that some specific characteristics will follow. These can include a short-time flowering, high yields, heavy and bulk buds, and more. But if you won’t carry out such an extensive form of breeding to stabilize it more, it won’t guarantee you that these traits will come out later on.

Keep genetic stability in mind as it’s one way of making it sure you get the needed result.

Now Mastering How to Stabilize Hybrid Seeds of Your Weed

You need to know it well that the stability of a hybrid is selected by breeding and selection. Breeders now have the job of fixing their desirable traits. They also eliminate undesirable traits.

Narrow down its genetic pool by means of selection & breeding. Also, increase its homozygosity level. It will also boil down to removing its undesirable forms of recessive genes. That way, they won’t come up in future generations.

If you like a newer form of strain in purple, you must remove the recessive genes for the green leaves. If you don’t do this, the green will manifest in more of the offspring individuals.

It’s when stability increase because of homozygosity. If the recessive genes that encode an undesirable trait are nowhere to be found, the predictability of an offspring also increases in this case.

What Backcrossing & Stability Also Do?

It will need several generations when it comes to breeding a more stable and newer strain. When you breed the same strain and follow selective homozygous breeding, you’ll then expect fewer variations. If you crossed brothers and sisters from the stable parents, you’d expect more predictable results.

You may also isolate the desirable and dominant traits. Gradually eliminate their undesirable traits in this regard. It can then be risky if an unstable form of parent stock produces a heterozygous type of offspring. There will be a few risks of unpredictable and undesirable traits to follow. There will as well be a greater variation that will emerge from it.

What most breeders do is they backcross with one of the original parents. This is also good at speeding up the stabilizing process involving hybrid seeds of your weed. It reinforces the dominant characteristics preferred.

How Is Compatibility Linked with Stability?

One more thing you must know is that the majority of cannabis plants are compatible with each other. You can cross them together, and you will just wait for them to reproduce themselves. They will then meet their compatibility stage. Thus, you must know that breeding weed involves facing certain degrees of compatibility. This concept is much more linked to stability.

When the parent weed plants are more compatible, the progeny will also become more stable. If the parent plants are also homozygous for their given traits, their offspring will also be homozygous. When you cross 2 Indica-dominant strains together, you’ll then notice them sharing many of their traits. They will then become highly compatible. This now results in a highly stabilized hybrid form. This won’t demand a longer process of breeding. This is because there won’t be too many recessive genes to remove.

Things also get complicated if you cross the Sativa-dominant strain to an Indica-dominant strain. The strains will not likely share many of the traits. The result is the hybrid seeds become highly heterozygous. That’s when they also become less stable.

Now, if you use the strains for crossing them, but they fall under the same family, it’s when compatibility becomes higher. An offspring is thereby produced with a limited number of variations.