How to Make Weed Honey 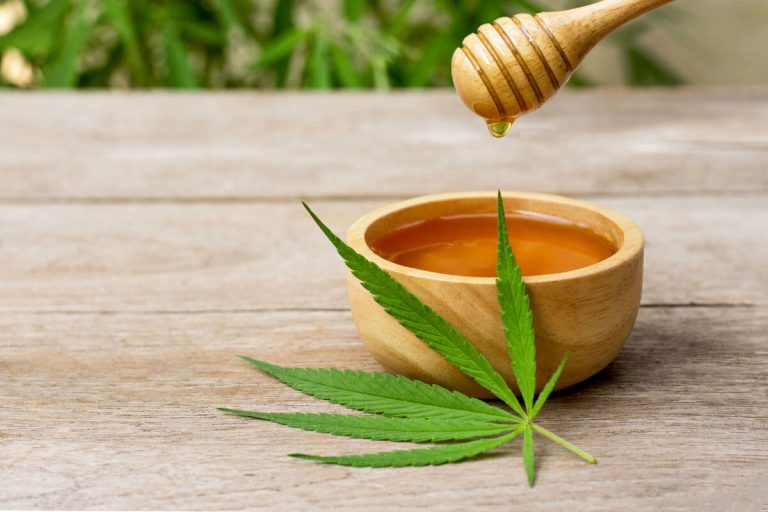 You enjoy smoking weed, but to spice things up, it is associated with edibles. It’s a common thing these days, and it’s convenient for those who use it for medication. You can find edibles infused with weed-like oil, butter, chocolate, tea, salad dressing, and so on.

There are many ways to incorporate weed in your diet. You may think that it won’t be easy on how to make weed honey. But with careful selection and adequate time, you can finish doing it. You have to use honey that is not processed or highly filtered. This kind of honey can be availed from beekeepers and small apiaries. The honey should be ideally cloudy, as it means that it has a lot of beeswax particles. Cannabinoids like THC, CBD, and hundreds more can bind with it well.

Cannabinoids are the ones that bring out the psychoactive and medicinal effects of weed. They are unique molecules that can only be found in certain varieties of Cannabis which are Indica, Ruderalis, and Sativa. There are about 110 different cannabinoids but the common ones are THC, CBD, CBG, CBC, and CBN.

Terpene is contained in the oil that is secreted from the glands of the weed. It consists of aroma, flavor, and medicinal properties. There’s a total of 100 terpenes to satisfy your nostril and taste buds. The ones that you can easily have are Limonene, Delta 3 Calene, Linalool, Eucalyptol, and Borneol.

When you know the building blocks of weed which are cannabinoids along with the presence of terpene for your senses to enjoy, you can control the effects and flavor of your weed honey.

Issues You May Encounter When Making Weed Honey

Some recipes are easy and they can be straightforward. You have to understand the delicate process to keep the important chemicals found in weed. Here are some issues that may need your attention.

1. Heat Can Eliminate the Benefits You Can Get From Honey

2. Depreciation of Flavor Because of Heat

Honey turns into its less sweet version when exposed to high temperatures. Long exposure will make it taste bitter. You may have heard the humor that heat may make honey toxic and it can cause delirious effects on people. But it’s not for real at all. Heat is unnecessary and you have to check for better ways.

3. Waste of Time and Electricity

The complete process on how to make weed honey would take a lot of time which can be from five to eight hours of cooking. It also means you have to spend electricity or energy until you obtain the final product. During the cooking duration, you have to be at home and look after it. You have to check if it’s boiling and you need to stir it from time to time. Some people may find it bothersome.

The main thing you look at how to make weed honey is keeping the important cannabinoids which are THC and CBD. Elimination of these two compounds will put your effort into waste. They can be dissolved in sugar and fat but not with honey.

Cannabinoids are released when buds are decarbed in the oven. There’s a need to add emulsifiers for them to combine with honey.

Decarboxylation is Important on How to Make Weed Honey

Raw weed won’t get you high even if you swallow a whole bud after you get them from a dispensary. When you dump some buds in a bottle of honey, it’s like having some green leafy vegetables. You may regret it as the worst things may happen like having diarrhea, feeling of throwing up, and other stomach issues.

To be successful in making weed honey, you have to activate the cannabinoids first through the process of decarboxylation. The acid molecule from the buds is being removed from the plant’s chemical makeup.

Raw weed has a little amount of THC but it contains an ample amount of THCA which is converted to THC after the drying process. But it’s still not enough to make you feel high. You ought to know that the simplest form of decarboxylation is by smoking or dabbing. So get rid of the thinking that you have never done it before.

You may have done it with a bong too as you get the THC from the smoke that it releases. These methods are not the exact steps that are acceptable in making weed honey. Decarboxylation for edibles needs less heat in a long time. You can do it in just two steps.

1. You have to preheat your oven to 240 degrees Fahrenheit. While you let the heat accumulate, spread your buds on a single baking sheet. It’s recommended to use one with sides.

Tip: It’s best to apply low temperatures like what is mentioned above. Terpenes will vaporize when reaching 320 degrees Fahrenheit. High temperatures may decrease the time but you will lose the important things like terpenes from the buds. You have to remain patient.

2. You need 40 minutes to bake the weed. You have to stir the buds so they can be cooked evenly. Rotating the sheet is also necessary.

Once you’re done with decarboxylation, you are ready to follow the steps on how to make weed honey.

Recipes on How to Make Weed Honey

Coconut oil is included in this recipe as you mix the weed with it before you combine it with honey. It is the ideal kind of oil as it contains 90% of fatty acid which is considered the strongest binding agent of weed’s cannabinoids. It can also cover up the distinct smell and taste.

The goal of this recipe is to keep all the natural ingredients while reaching marijuana’s full potential. Following all the necessary steps is just a piece of cake.

Lecithin is needed in this recipe and it is a phospholipid that is used as an emulsifier in the food industry. You will need half of the tablespoon of this substance to bind weed and honey together.

Lecithin also helps with the absorption of cannabinoids in your body. It gives a chance for the increase of the potency of the edible that you make. The best thing you would like about it is that there’s no need for cooking steps.

Steps on how to make weed honey are easy but you have to be careful with some things. For example, the temperature that you use during the decarboxylation process shouldn’t be too high to destroy important cannabinoids. Then the rest of the steps will come with ease. You can use wee honey in many ways like having it with lemon water, in a dressing, as a replacement to sugar, as a glaze when grilling, and many more.